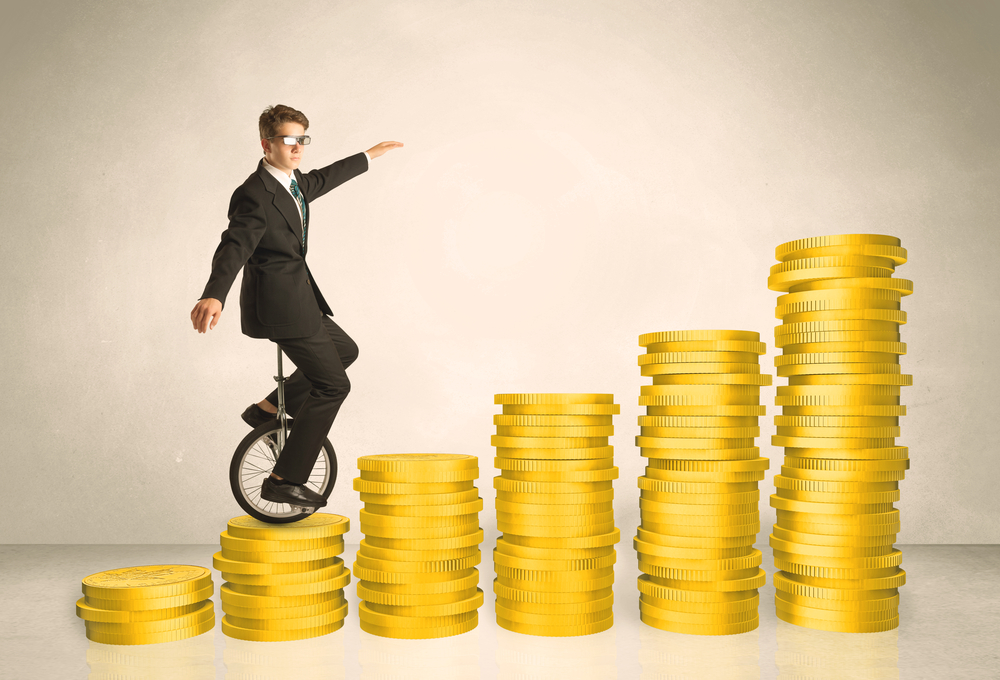 Scotland salaries are on the up

As always, we’ve been keeping tabs on what’s hot in recruitment with our idibu Index - data drawn from all idibu job posts and applications each month.

Activity slowed down at the end of 2021, as you’d expect for any holiday period, but we were excited to see how things would ramp up throughout January 2022. This first month of the year’s typically one of the busiest in recruitment, so were there any surprises?

The UK Job Market is booming

Well, no surprises again when it came to IT which is still by far the most popular sector for both postings and applications. Across the board, January saw all sectors’ activity rise, which is also exactly what we’d anticipate for the start of any new year. 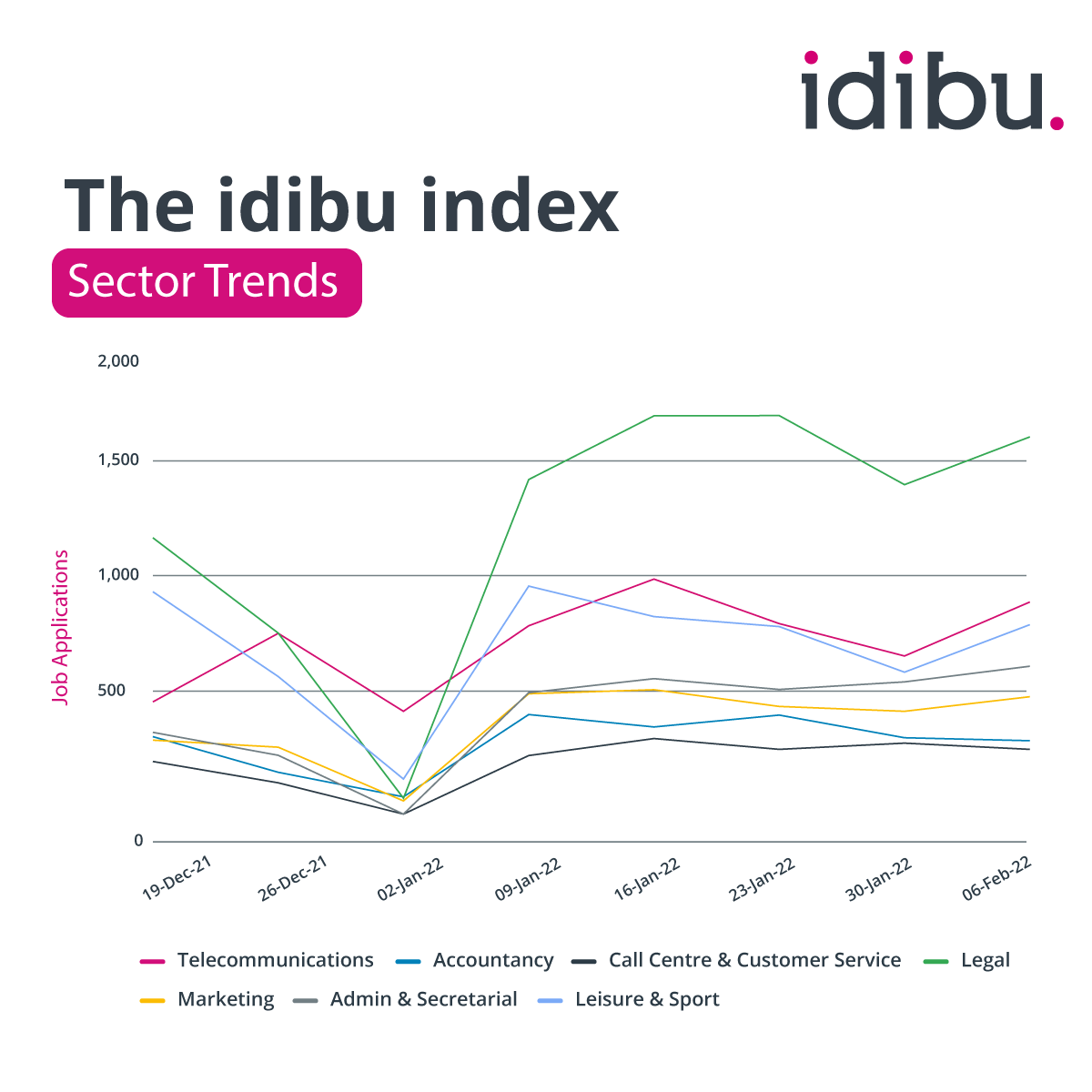 Applications across all sectors were higher than the previous month, with the number of UK Engineering applications more than doubling during the first week in January (when compared to December). It’s also stayed that way for the remainder of the month.

Applications for Admin and Secretarial roles stood out as some of the highest during January and Retail applications also doubled and drastically so in the first two weeks of the year.

Stats for Transport and Retail applications have peaked during weeks three and four, as have those in Travel and Tourism. Do these industry booms reflect us Brits getting the travel bug again, post pandemic?

UK jobs increase across all regions

Job posting activity across every region took a similar pattern - an increase in both the volume of jobs posted and applications made as we entered the new year. The Southeast still pips the post with the most live roles, with the Northwest taking second place and the Southwest taking third. 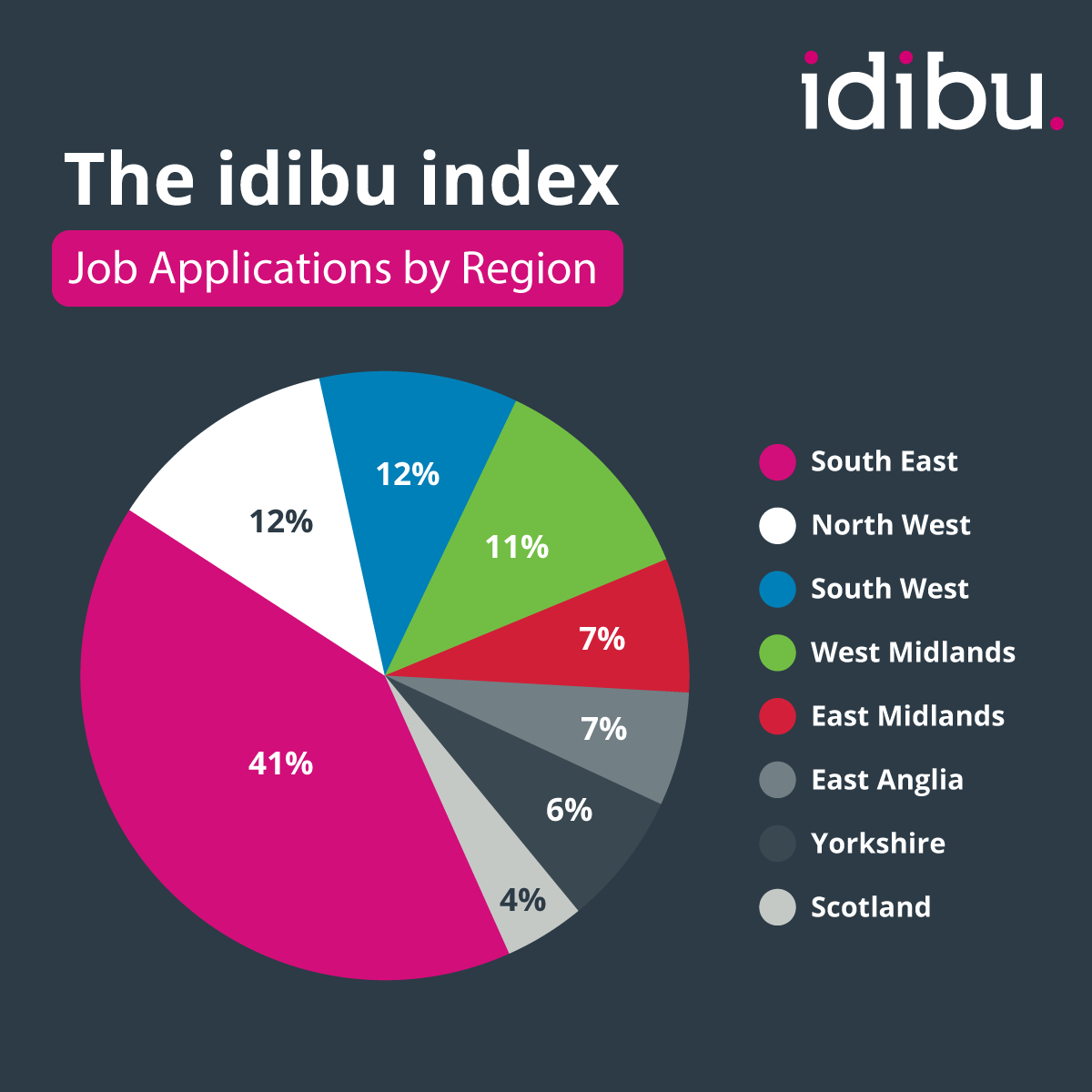 Average salaries in Scotland appear to have been creeping up steadily over the past few weeks and the quantity of jobs posted in Wales has risen week-on-week throughout January, so it’ll be interesting to see whether this trend continues into February and beyond.

Overall, it’s great to see our industry on the up as we enter the new year. As we continue to battle Omicron and deal with the knock-on effects of the pandemic, the hope is that these positive figures for month one of 2022 will continue into the year ahead.

Keep watching for more updates from the idibu Index. If you’d like to know more about how idibu could help your business this year, don’t hesitate to get in touch.