Did you know we pull together data from idibu into what we call the idibu Index? That covers all the jobs posted out by thousands of recruiters as well as all the applications that apply for those roles.

We’ve picked out some of the best sector and regional highlights from the end of last year, collated from around 100,000 jobs posted across the UK during November and December. 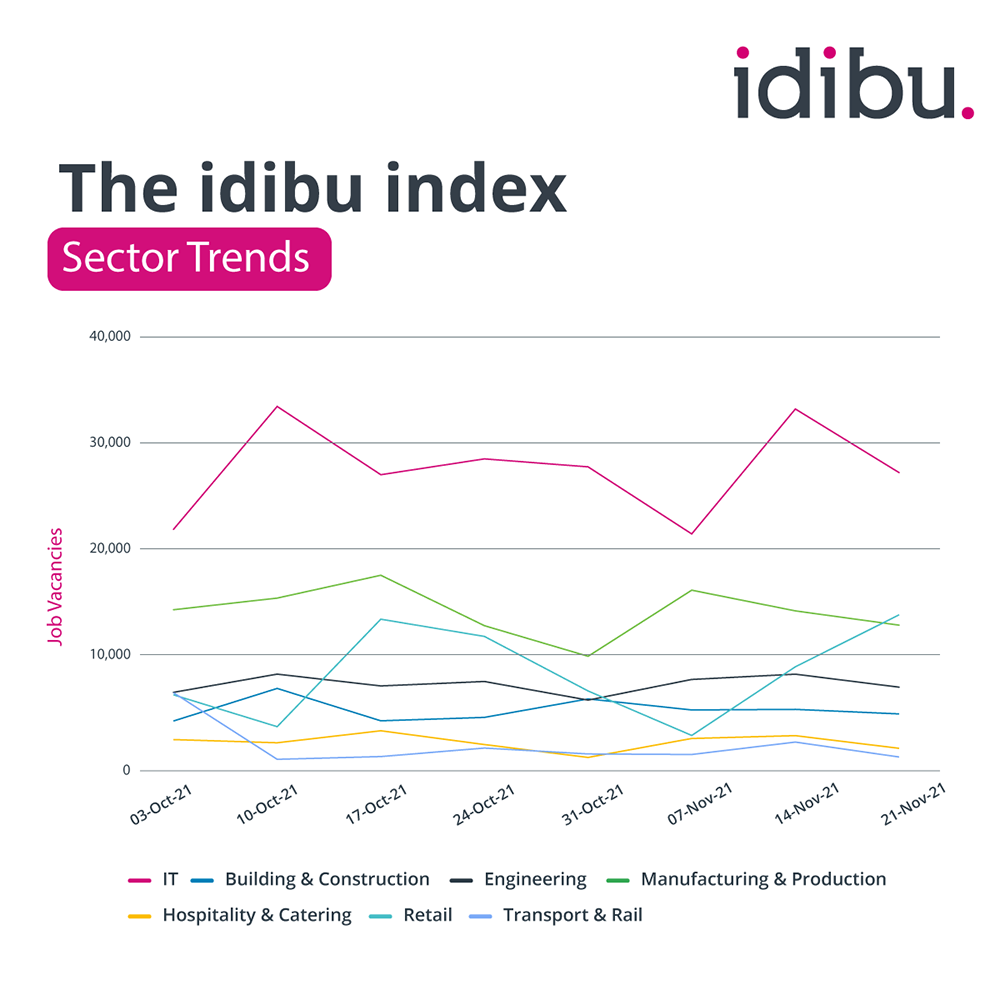 If you’re not up to speed with the sectors attracting the most talent right now, or the top performing regions, what are you waiting for? Here’s the low down on some of the hottest industry trends gathered through idibu…

Jobs in retail ramp up for Christmas

It’s probably no surprise that the booming IT sector continued to top the charts and was responsible for more than a third of all job posts and applications during the last two months of 2021. 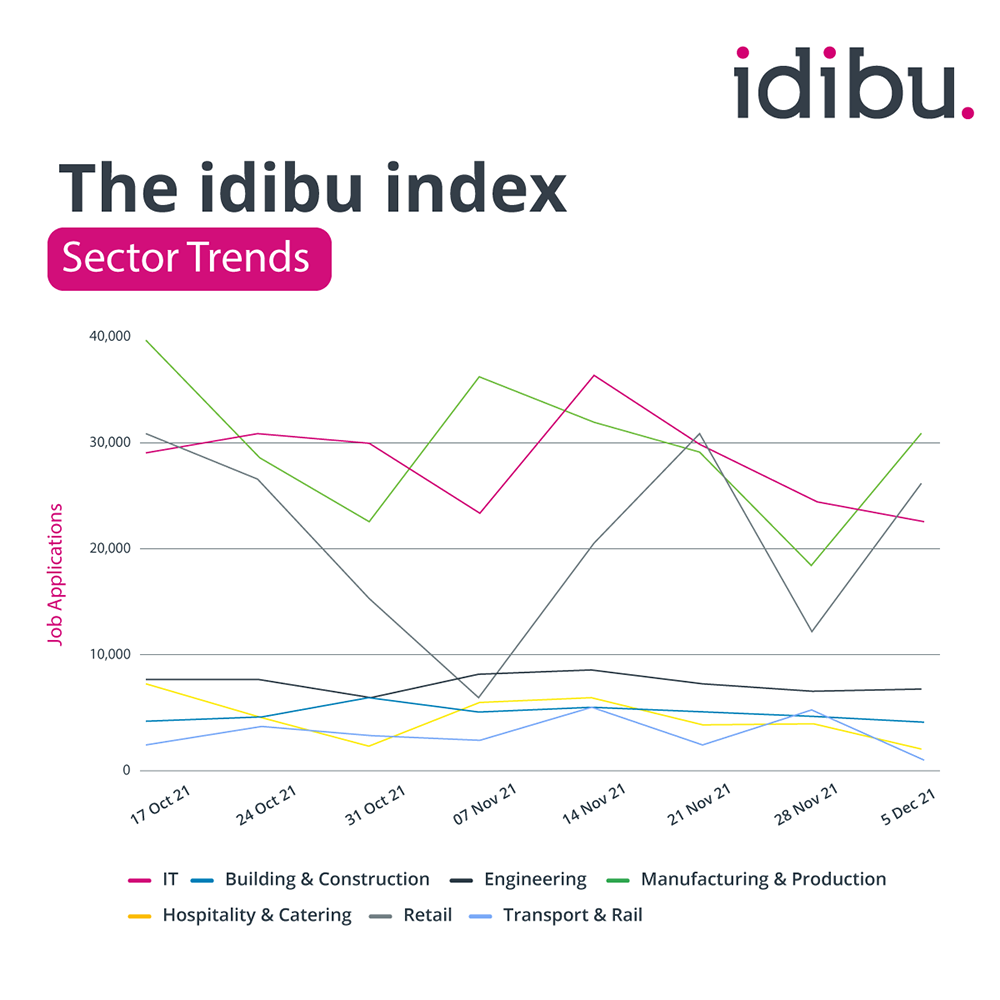 In late November, although IT continued to dominate, we began to see steady but continuous growth within Retail as the festive season also ramped up.

Moving into early December, new Retail jobs and applications rose even higher, and as you may expect in the midst of the Christmas shopping rush, Manufacturing & Production figures increased too and in line with the run up to Christmas.

In comparison, more corporate sectors, such as IT, Building & Construction and Transport & Rail all experienced a noticeable drop in applications as the holiday period drew nearer.

North West and West Midland jobs are on the up

Looking at regional differences, November supported the usual pattern of The South being responsible for the highest number of job applications. 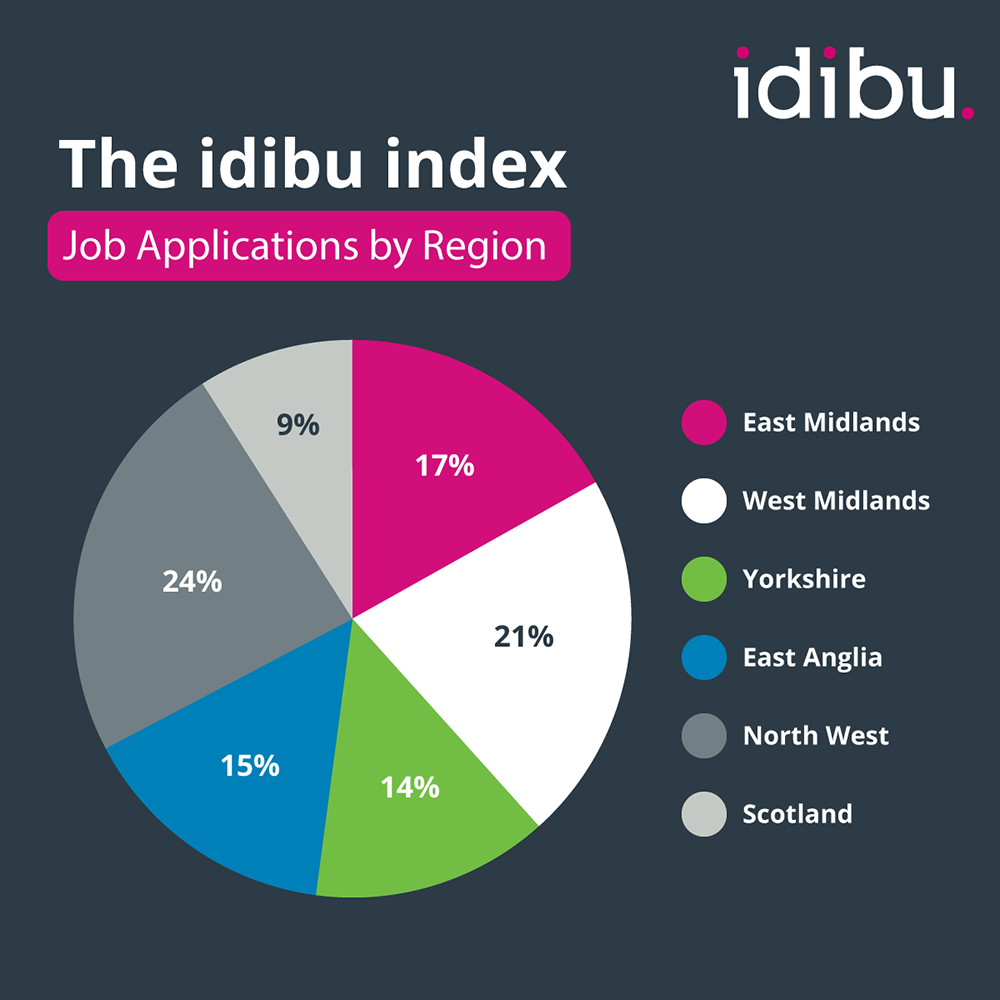 But when removing The South from the equation to focus on any other tendencies, it was the North West and West Midlands which made up an impressive 50% of the remaining job ads and applications from across the country. And this same pattern continued throughout December too. Could this data backup reports of more and more people leaving London and The South, and an increase in job openings and opportunities in The North?

Predictably, job applications across all sectors and regions fell dramatically during the week before Christmas. The decrease was steepest for the most lucrative IT and Manufacturing & Production sectors, perfectly illustrating the anticipated lull in recruitment activity as industries wind down for the holidays. 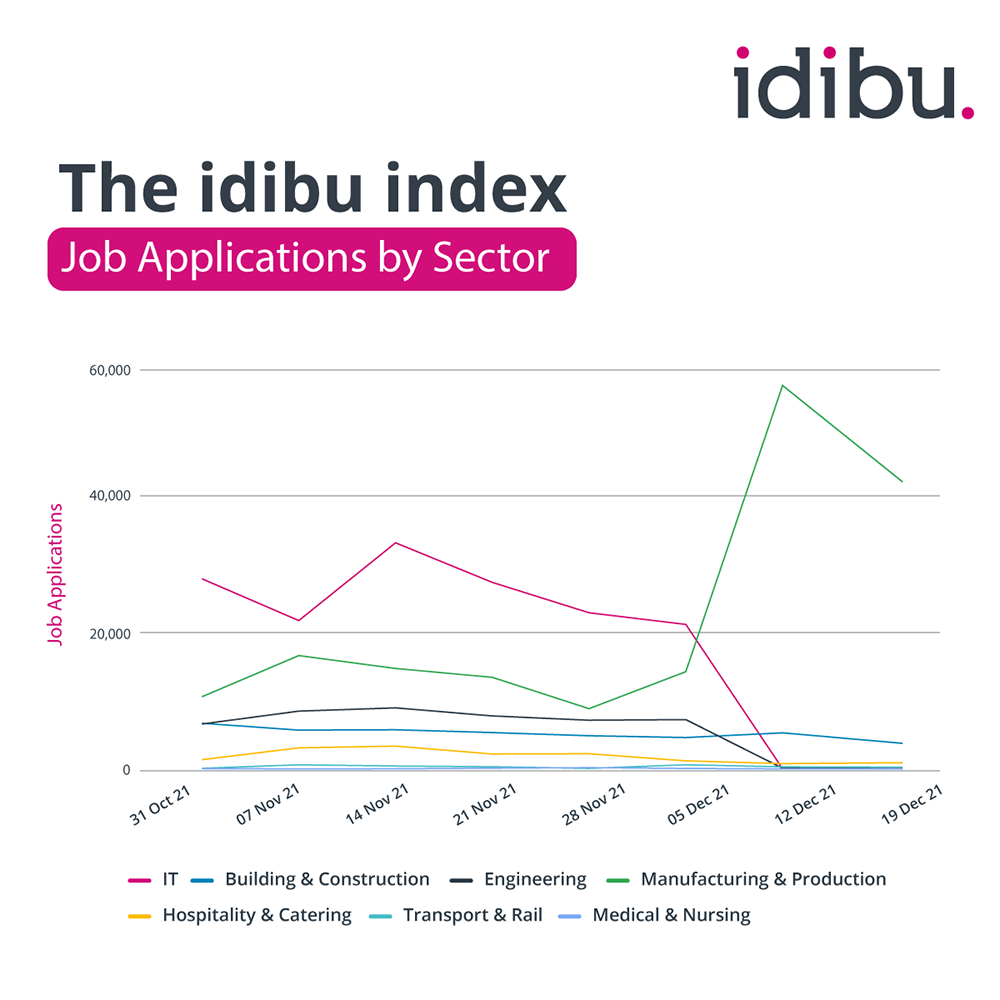 Whilst our stats for November and December may be typical for this time of year it’s great to know the figures generated through our idibu Index mirror the trends we’d expect to see.

Check back in with us in mid-February where we’ll fill you in on what January, and typically one of the busiest months on the recruitment calendar, has brought to light.