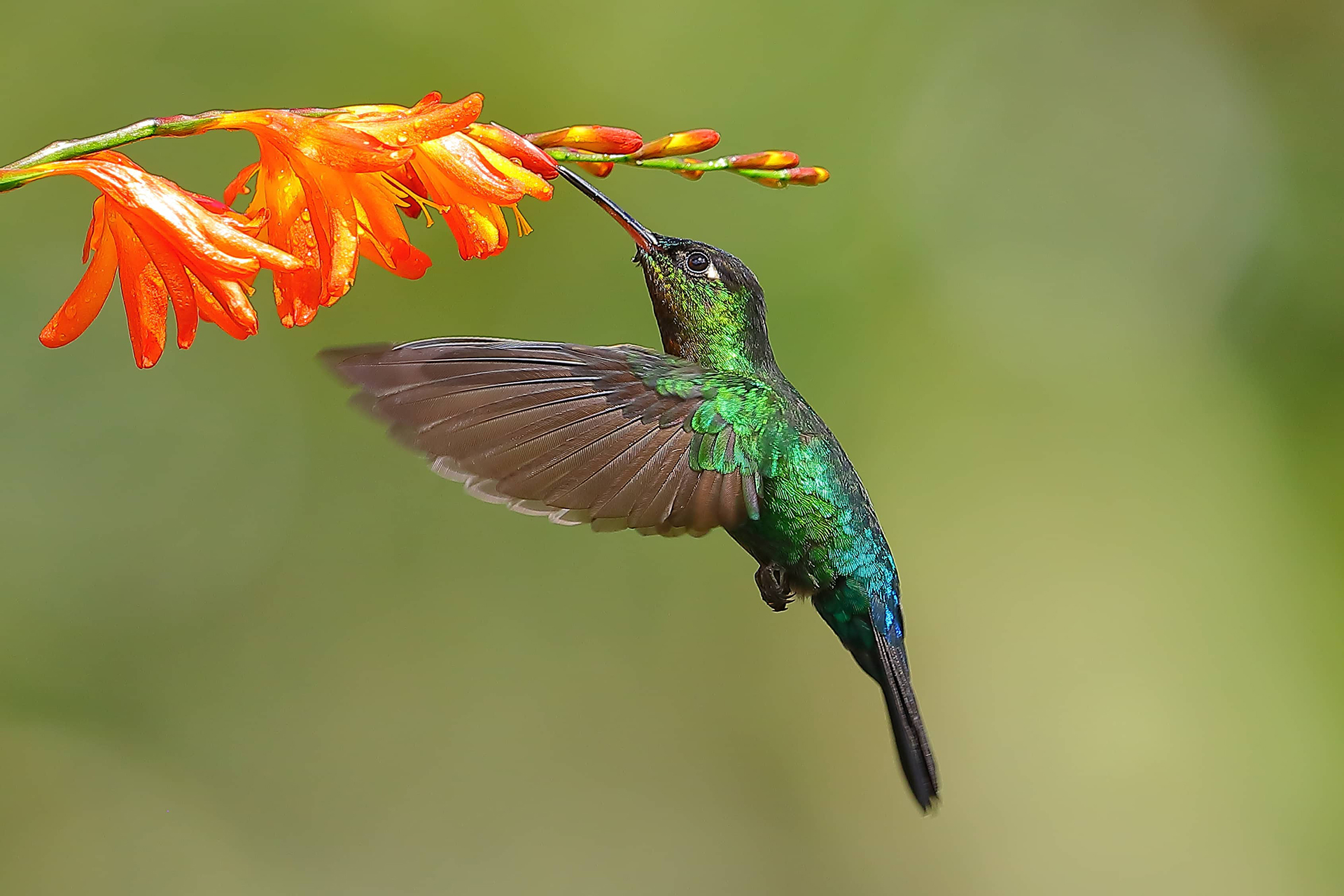 April already! And as we enter the fourth month of 2022, we’re excited to see what March meant for the UK’s regions and sectors.

Here, we share the latest from our idibu Index - the hottest recruitment industry insight pulled from all jobs posts and applications over the last month. With a bit of a shake up for some areas, let’s take a look at what March brought for UK jobs.

West Midlands: the place to be?

We’re never surprised to see the booming Southeast pip the post when it comes to recruitment activity. It’s no different as we head towards the end of Q1, and in fact, this bustling territory was responsible for even more of the overall share of the UK’s applications. To be precise, we report an increase of 4% since last month.

But making headlines for March is the West Midlands - it’s crept up into third place with 12% of all applications happening in this region. This means a striking drop of 7% for the Southwest, though, which was pushed into fifth position having been the third most popular region for job applications in both January and February. 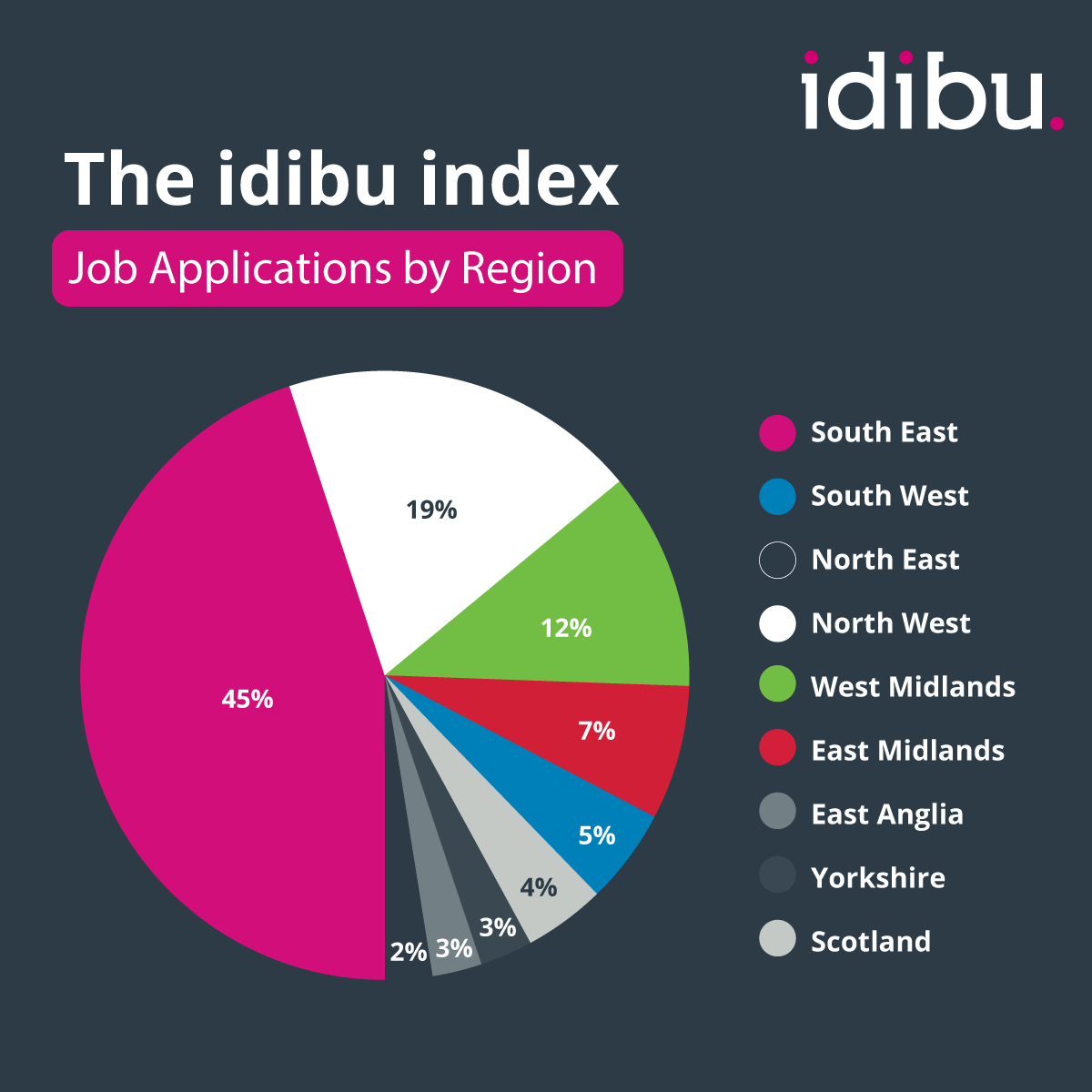 Contract and perm jobs in the UK

Other regional trends this month include the ongoing popularity of contract roles in the Southeast, Southwest, and Northeast. Meanwhile, it’s perm roles that have been on the up in the East Midlands and Northern Ireland.

In regard to jobs posted through idibu overall, the end of the month looked to be promising across all regions, with figures rising in most cases. The only exceptions were Scotland and the Channel Islands which showed a slight decrease in job ads during the last week.

Sector-wise for March, things were still looking really exciting for the Legal industry. Consistently topping the chart for the greatest number of applications, the sector’s had the most impressive figures throughout the start of 2022, and despite numbers dwindling slightly in February, this last month saw figures sharply rising again. 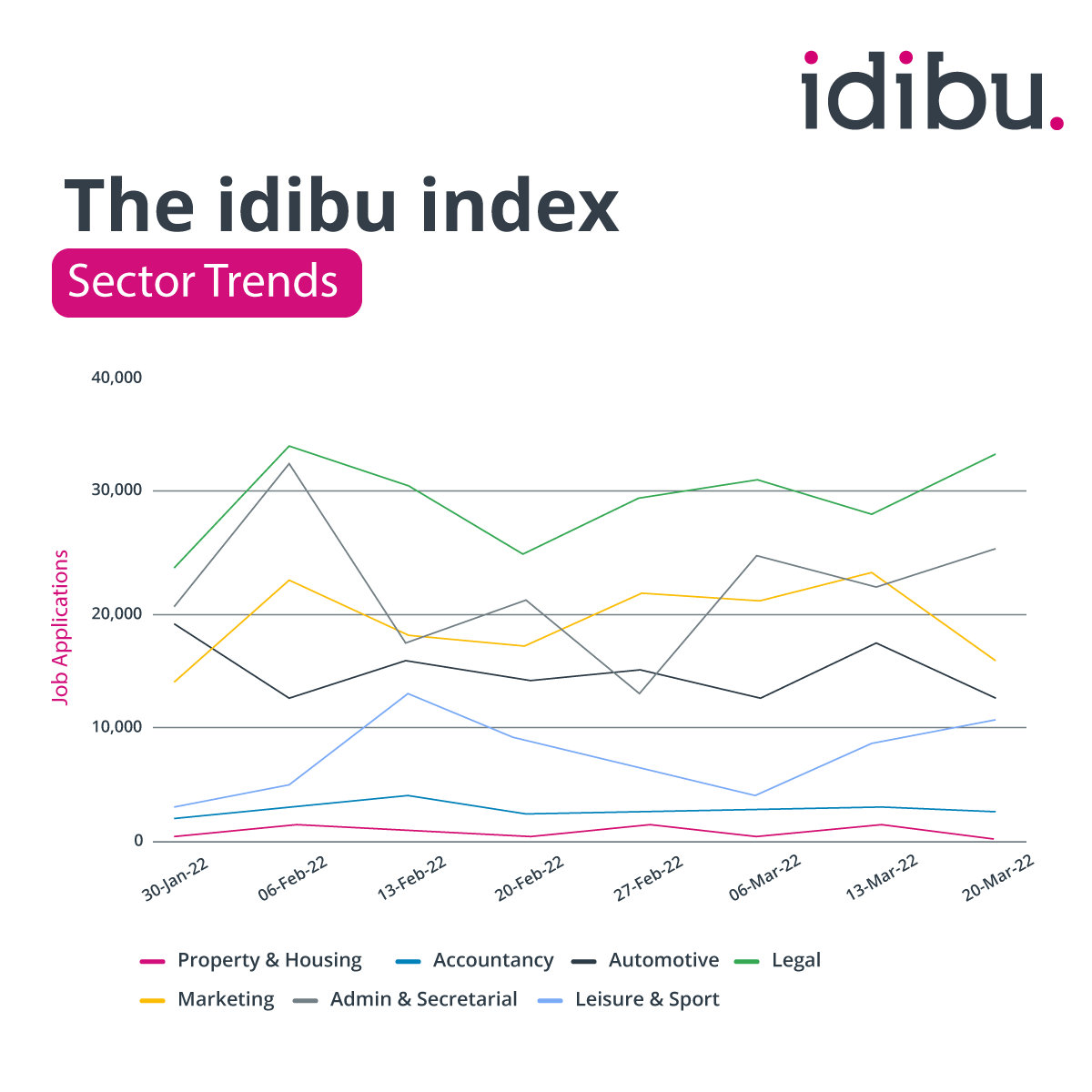 Also, back on track with application figures climbing in March were Admin and Secretarial and Leisure & Sport. But, in contrast, both Marketing and Automotive experienced fewer applications. It was a hopeful start to the month for both, but the direction took a turn by the end of the second week and has continued to drop off rapidly ever since.

So, with the end of Q1 mixing things up for UK jobs, we’re super excited to see how things pan out, not only for next month but for the whole of Q2. Make sure you’re following us for more!

But did you know that letting you in on the latest UK job trends isn’t the only way we help our clients stay ahead of the recruitment game? Yes, our idibu Index is super-handy, but it’s just one part of idibu’s wider solution for helping recruiters be better, quicker and smarter in their roles. Find out how the idibu platform integrates seamlessly with your CRM or book a demo to see for yourself.

Previous Story
← How to write engaging job ads (and why it still matters).
Next Story
Australia and New Zealand job posts rise but applications take a turn →