idibu Index: one year on from Covid19.

Since the beginning of March 2020, when it became clear that Covid-19 was set to become an international health emergency, idibu has been recording job market trends on a weekly basis across its extensive international network.

To see how the market has responded to events over the last year, we need to see where we are starting from. The baseline figures for which subsequent trends can be compared were taken on the week commencing 02/03/2020.

Broken down by region, these figures were:

To begin our interrogation of the data, we’ll start at home, with the UK.

In the fortnight following on from the beginning of March, job posts and ppc were already in decline. 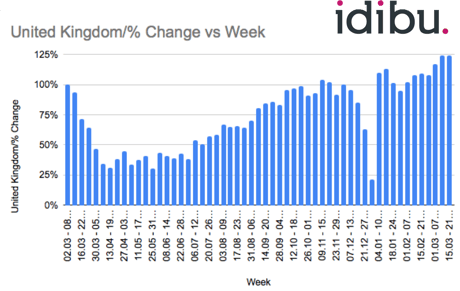 Despite an easing of restrictions in May, job posts continued to be around 60% down on the early March figures, and ppc hovered around the 80-85 mark.

However, week commencing 4th July when restrictions eased further, the  government announced their ‘Eat Out to Help Out’ scheme was to begin in August to stimulate the hospitality industry. Job posts and ppc accordingly began to rise steadily and by week commencing 9th November, posts had almost matched those of the first week in March and ppc had exceeded the original figure, up to 162.2. 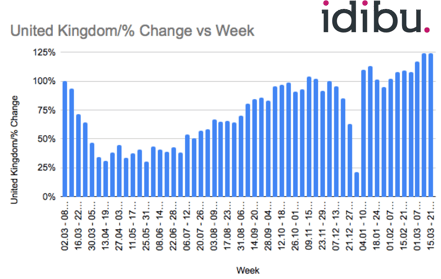 Apart from a lull around Christmas the figures remained steady before bouncing back dramatically in the first full week of this year. .

The two main countries we have posting in the Asia Pacific region are Australia and New Zealand. Both countries enforced swift and strict lockdowns in March of 2020 leading to posts dropping by 75% and ppc dropping to 21 by the week of 13/04/2020 – 19/04/2020.

From early May 2020, as both countries continued to respond aggressively to community outbreaks, posts steadily increased at a rate of around 10% per month, though ppc remained at around 33 – 48 during this time. 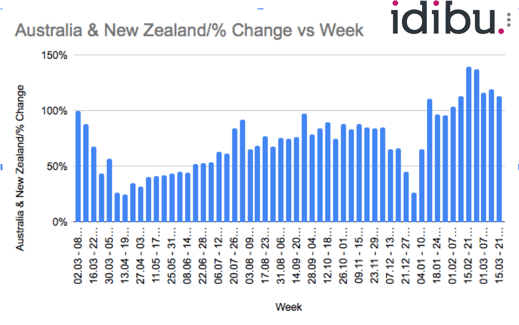 As with the UK, marked increases were observed in January 2021 and one year on, posts are up 13% year-on-year. Interestingly, ppc has still to recover and currently sits at 44.2, a full 24 points lower than the baseline of 68.9. 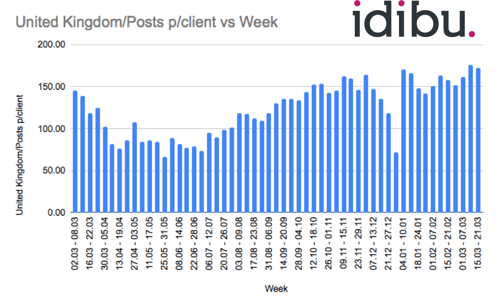 The biggest hit to the job market globally came in early April, by which time most countries had restrictions in place.

The market remained steady over the next two months with some minor fluctuations and on the week commencing 06/07/2020 recovery began.

Excluding Christmas, posts have never been more than 14% down since the 5thOctober 2020 and ppc has remained steady at between 118 – 137.

Mirroring the individual four countries, since the start of 2021, there has been a steady upward curve and today posts are 19% up year-on-year and ppc is up one point at 145.05.

These figures demonstrate that the second quarter of 2020 was a particularly brutal time for the job market with posts and ppc often halved from the baseline date.

However, since then, and despite minor dips as new restrictions have been implemented, the job market for the UK, US, Australia, and New Zealand has been remarkably resilient. Indeed, across all four countries activity now mostly exceeds that of the week commencing 02/03/2020.

The ROW has been slower to recover, but with an international vaccine rollout underway, and based on the data aggregated across the four featured countries, there are reasons to be optimistic about the future.