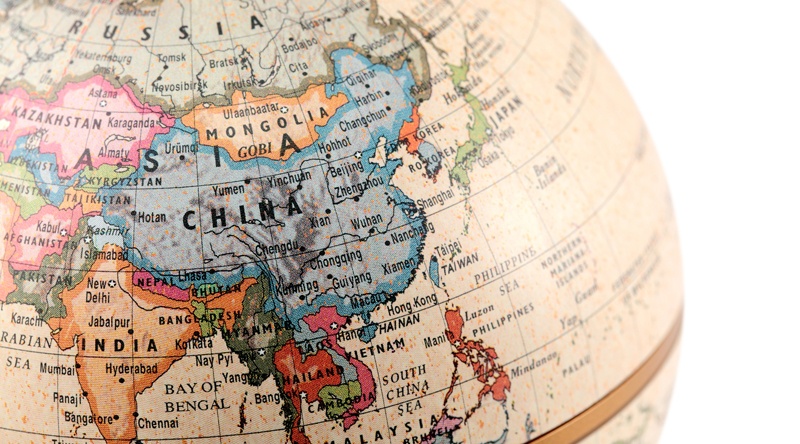 It’s incredibly challenging to be able to host and get into China, not just to smaller businesses in the recruitment technology space, but most global businesses too.

Ian Turnpenny is the Managing Director, Asia Pacific & Australia at Volcanic. In this conversation we talk about setting up business in the Asian markets, territory differences, doing business in China, negotiation and how not to lose face. This is part two of a three part blog, part one can be found here.

Steve: Summarise what you’ve learnt so far in building up Volcanic in Asia?

Ian: Asia is a reasonable cost base. You can do things quickly and you can find good, highly capable talent, who are willing to learn. But I think the best thing for us is we’re a pure SaaS business, so our revenue growth is dependent on MRO and bringing in new clients. We can map that fairly clearly against how we grow and hire people, and then reinvest as is needed. We know we could hire a person next month, and then another the next month. We’re in a market that’s got good talent.

Steve: Can you describe some challenges of doing business in Asia?

Ian: You can partner with somebody, but that’s not easy. There is a lot of risk with taking local partners if you don’t know them well and you don’t trust them. You’ve got to align incentives, that’s another level of complexity. Coming in and assuming that everything will be the same as it is in UK is clearly something that’s not going to work. How you approach and manage staff, how you incentivize them, how you get the best out of them, how you nurture and train them, is a slightly different approach to how you do it in the UK.

Steve: How do you deal with cultural fragmentation of the market?

Ian: First, we are centralized in Malaysia. We can build a culture that fits around the local staffs in terms of building a full business delivery center, support function and project management.

Second, we’re selling into Hong Kong and Singapore, and they are fairly similar markets to the UK and Australian market, in terms of being subsidiaries of parent businesses, often expats from those countries. They have adopted a lot of process and culture which is the same. I worked with Hong Kong clients and candidates for eight to nine years, so I understand the speed at which they do things, and Singapore’s similar but with a slightly different nuanced approach.

Japan was an interesting one. I’d still say we’re just dealing with the more international side of agencies, even if they are domestically owned businesses.

Steve: Which countries are the least difficult that demand localization of your product?

Ian: I think Hong Kong, Singapore, Malaysia have been consistent and attuned to the UK. I think in the recruitment technology space we’re in a fairly good position, in that there’s a certain number of defined players. Clearly a big one for us in hosting and running a website is the multilingual aspects.

I think, Thailand would be an interesting case. What’s your thoughts on that, for how professionals approach job searching, from a language perspective?

Steve: Thailand is fairly unique in the region in that it’s never been colonized, and from this perspective you see large differences if you compare Thailand to Singapore for example.

A negative connotation of this is that some would say the Thai’s are inward looking, others would say it means Thai culture is being better preserved. But when it comes to the recruiting sector, unless you’re a multinational subsidiary you need to be in local dialect.

There is concern about Thailand’s level of english, especially with how they’ll compete with their better english speaking neighbours as part of ASEAN. This combined with the fairly low wage salaries means the agency market opportunities are not great here as yet.

Ian: Can you do a quick run through of thoughts on different locations within Asia? Between us we’ve got good experience and coverage. What are your thoughts on building businesses in Asia-Pac?

Steve: Right now, number one for idibu is Australia, followed by Japan, Hong Kong and Singapore. Malaysia is there as well, but countries like Cambodia, Vietnam, Thailand, are not right for us as a software business as yet.

China is a temptation but given so many big companies have had their fingers burnt trying to go in, it remains an enigma until we meet the right partner. Bring in the partner and I think it becomes a potential market.

Ian: China is very unique when you’re talking about technology, because it’s effectively divergent from the rest of the world in terms of how the internet is moving. China’s got the firewall, so that limits a lot of what can happen globally with its interactions; we often call it the Chinternet. It’s its own ecosystem, and it’s been incredibly successful, blocking off access to a lot of global sites and products.

Everyone thought it would limit the growth of China but it’s actually driven a lot of innovation. Their ecosystem is arguably far more advanced than anything we have in terms of products. Weixin and products like that are incredible. Everyone’s using them as payment systems, and that divergence makes it very difficult for a standardized international product and for a SaaS platform. It’s incredibly challenging to be able to host and get into China, not just to smaller businesses in the recruitment technology space, but most global businesses too.

We’re in a similar position where we have avoided getting too involved in China just because there’s so many restrictions, and things that can just change in a moment. LinkedIn is fairly well received in China and is not seen as a threat. It’s business related, not social related, but that could change next week, we just don’t know.

Steve: Do you have concerns about Chinese replication of your software product?

Ian: Yes and no. You would definitely need to be cautious if you start hosting things in China. You need to have a fully local entity with the right certification, which would be very challenging to get. Innovation in China is app-driven. People are building technology products and recruiting technology products within Weixin, within WeChat.

Steve: I would agree with you. China has a reputation of replication, because it’s so cheap to do it and they are essentially firewalled legally. They’re protected, able to do things you wouldn’t stand a chance of getting away with in the States or Europe. But when it comes to software products in general, there’s a danger of letting that replication stereotype dominate your perception and forgetting the fact that the Chinese are extremely innovative.

Ian: You can download WeChat internationally, but its functionality is a 10th of what it is in China. You can run your life from it in China. People don’t even carry money around anymore. Line is trying to build on that model in Thailand and Japan, but it’s light years ahead. It’s effectively an operating system for your phone.

Previous Story
← Ian Turnpenny & Volcanic – Building a recruitment software business in Asia
Next Story
In a fast changing world, you need some stability… →