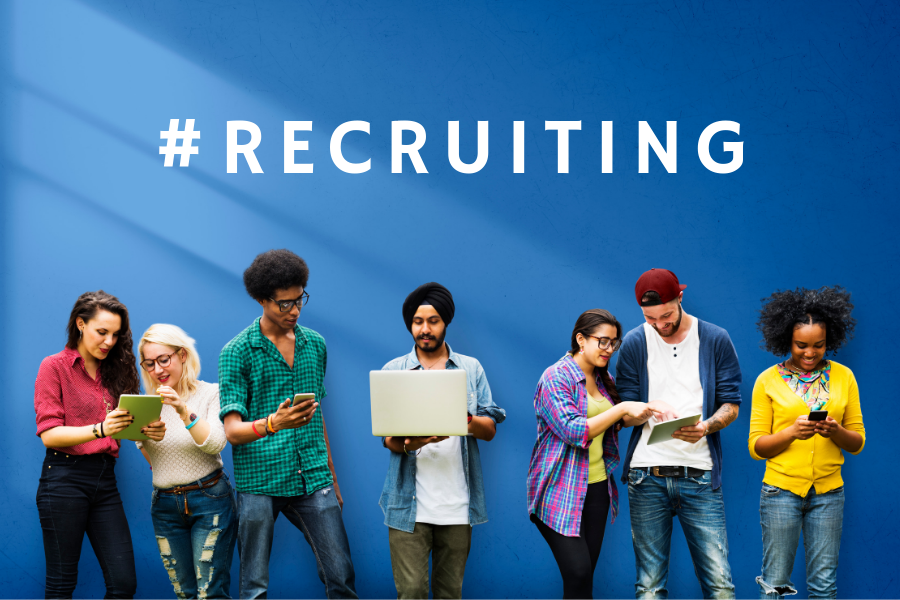 When it comes to posting jobs online and sharing them on social media, there is a right way and a wrong way – and if you’re doing it wrong you may be doing your candidate attraction efforts more harm than good. As one of the leading tools in the market for doing just that, we’re concerned that some of the advice being given to recruiters is just plain wrong. So, we decided to seek expert advice to pull together a list of Do’s and Don’ts for sharing your jobs on social media. Here are the insights we’ve gained from talking with Tony Restell, founder of specialist social media agency Social-Hire.com.

Think About Your Own LinkedIn Feed

The starting point to unravel what works best is to think about your own social media feeds. Do you regularly see updates from all your thousands of connections, or is it a far smaller number who tend to dominate and be seen frequently in your feeds? The reality is that it’s a far smaller number of people whose updates get the lion’s share of all visibility across social media. So, if we want our jobs to get good visibility on social media, we need our recruiters and our company profiles to also be the ones that are getting seen more than most. How do we achieve that?

Tony talks about social sites having a “memory bank” of each user’s engagement levels. If your last few updates have generated a lot of interest, sites such as LinkedIn will then assume your next posts will also generate lots of interest – and so will keep them in the feed for longer. Of course, the mere act of keeping a post in the feed for longer increases the likelihood that you’ll continue to generate above-average interest on your posts.

This is one key reason why we have all seen posts from the likes of Oleg and Brigette in our LinkedIn feeds! But now think about the opposite effect taking hold. Imagine your last few posts have generated no clicks, no likes, no comments and no reshares. Social sites learn from that – and they then demote how much your next posts will be shown in the feed. The trouble is that many recruiters have got themselves locked into a downwards cycle of sharing only hastily posted job links from their job posting tool – and not doing all the other things that are needed to make sure you appear highly ranked in the feed.

The 3 Steps To Improve Your Social Media Job Posting Results

Tony’s advice to turn this situation around is to focus on doing three things well. One of these directly relates to your job postings on social media, but the other two are additional things you need to do to maximise your reach. The three things to focus on are:

1) growing an audience of engaged fans, followers and connections; 2) posting other content that exploits the latest changes to the social sites’ algorithms; and 3) increasing the reach of each job posting by adding relevant hashtags and seeking to engage with your audience, rather than purely promoting.

Growing an audience of engaged fans, followers and connections

The reach of social media posts is something of a snowball effect. If your initial post quickly gains some momentum, then the chances of it staying in the feed for others to see is dramatically increased. Given that’s the case, it’s important that you grow your audience on each social platform through ongoing organic or paid activity. It stands to reason that if your twitter account only has 500 followers, the chances of tweets getting lots of engagement soon after being published are far less than if you have 5,000 followers.

However, the number of fans, followers and connections is only one part of exploiting the snowball effect. Just as important is how engaged this audience is. If you have never interacted with them, never liked or commented on their updates, then the likelihood of them reacting the next time you post something is significantly less than if you’re someone they’ve interacted with. So, invest consistently in engaging from your accounts and the results of everything you share – job posts included – will then get a significant boost.

Of course, if you’re part of a team then one way of boosting the average engagement you get on your posts – and therefore how much the social sites perceive them as being something to keep in the feed – is to set up an internal messaging system so that you all support one another’s posts shortly after they’ve been published. This alone will give your visibility a lift – although it’s no substitute for having an audience of fans from your industry who consistently engage with what you share.

A sure-fire way to increase engagement across your profiles is to do more than just post jobs. Find interesting reports, blogs, interviews, podcasts and videos that people in your niche market would value. Then set about making your social media accounts a “must read” in your industry, so that your job post shares are only a small part of what your audience see you publishing.

This is the foundation for social media success, or at least that’s been the experience of Social-Hire’s work across thousands of social media accounts worldwide. But you can take this idea one step further by also staying abreast of the latest algorithm changes on each site. LinkedIn, for example, have been giving enhanced weighting in their feed to posts that don’t take the user off the LinkedIn site. That’s why you’ve been seeing text-only posts, quote images and video posts so prominently in your feed. If you don’t share any of those things then the average post on your account is going to be seen less than other people’s. Which feeds into the negative spiral of social sites viewing your updates as being less interesting than other people’s – and so showing all your posts less often as a result.

Of course, this isn’t purely a LinkedIn phenomenon. Video is being favoured in feeds across the social media landscape, from Twitter to Facebook and beyond. That’s why it pays to stay informed about the latest changes in social media, so that you and your team can quickly adapt and be amongst the first to exploit new trends.

Last, but not least, are the changes you can make when you are actually sharing a job from a tool such as idibu. Firstly you’d be well advised to incorporate a hashtag into each social share. Originally used on Twitter, these are now mainstream on LinkedIn and Facebook too. The beauty of hashtags is that people who aren’t connected to you or your business will be following streams of key industry hashtags. So by including these in your job posts (and indeed all social media posts) you stand to reach a larger audience for nothing more than the effort of researching the right ones to use in your market.

The second thing to try and do when posting jobs is to engage people rather than promote. Connect with people on a human level or pique their curiosity, rather than purely pushing your latest jobs out there.

We are recruiting for: Part Time Marketing Manager | London | £ competitive

This doesn’t connect with people on a human level, doesn’t encourage any commenting or liking of the post and so stays only fleetingly in the homepage feed. Instead of this, try modifying the post to say something like:

Are you thinking of taking the plunge and returning to work? Fantastic part-time opportunity for someone looking to get back on the career ladder. Could it be right for you?

You will not believe how family-friendly this employer is! Do you know anyone eager to achieve that all important balance between home life and a challenging marketing career?

What would you value most – flexible working hours or the freedom to work from home when needed? Would love to hear some opinions on this (and fortunately this job offers both!)

By involving the reader in a conversation, you’re likely to both attract more interest in your post – and also spark some comments and tagging of people, both of which will then help your job to stay in the feed for longer and be seen by a larger pool of candidates. Give this a try next time you’re posting your jobs via idibu!

Hopefully these ideas have given you some action points you can implement to really drive up your success in attracting candidates via social media. We didn’t want to stand idly by while seeing recruiters being told to simply “post! post! post!” when the reality is that this advice is probably doing the recruiter more harm than good. Of course, if you’d like to talk to our team to see how we can improve your candidate attraction effectiveness, we’d be very happy to do so!