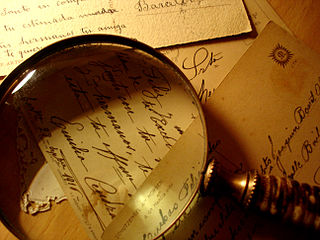 What do we mean when we say ‘sourcing’ now?

It used to be that when someone referred to sourcing, the understanding was that this just meant finding someone. Whether it be via a job board or Linkedin, it was simply a case of matching a criteria and positioning a vacancy to those matches.

However, times have changed and the simple transactional pitch of a role is fast becoming a thing of the past. That’s not to say that it doesn’t happen and has no relevance – but we know that the passive candidate market is the route to finding talent which the competition and your clients have been unable to find themselves.

So has what we mean by ‘sourcing’ now fundamentally changed?

We believe it has.

True engagement is the long game, and is now inseparable from sourcing. Or to put it another way, you can’t source successfully if you aren’t practicing engagement at the same time.

Some things don’t change though. In the past when recruiters made headhunt calls the objective was the same.  To find the candidate that no one else had, who was just at  the point of being open to looking, but hadn’t actively done anything about it yet. Having found them, the goal was to gain trust and commitment.

This was more of a transactional practice. The cycle was short and moved quickly from one candidate to another until a successful hit was scored.

Candidates are more greatly sought after than ever now. However, regardless of whether people are more open to taking chances in a job rich market, or feel more confident because they are sought after and being courted, they still won’t actually move unless they see a benefit in doing so.

In the new world of sourcing and engagement, the method of engagement may have changed, but that single point is still the key thing to keep in mind – the benefit to the candidate.

The focus of your engagement activity should all lead towards that. It should be clearly focussed on understanding what makes the candidate tick and what their current/future aspirations are. There’s a lot of talk at the moment about candidates being more open to taking chances due to the market being job rich, and attitudes are changing towards frequency of movement. However,  regardless of that, no one will move unless they see the clear benefit.

So a passive candidate will only move when the timing is right for them and the opportunity in front of them ticks enough of the right boxes from their list of current aspirations. Logically at that point they convert to an active candidate, and if you’ve got the engagement strategy right, exclusively with you.

Whether they are talking to you about that opportunity and working exclusively with you leads us back to one thing; the quality of your engagement. This really is the crux of the issue. In terms of what has actually changed, it boils down to the engagement methods which are most likely to work. Are you building rapport through commenting on their content and engaging them on issues they care about? Good start. Are you picking up the phone out of the blue and pitching a role off the bat? Less so.

So the mission in today’s market is to get your engagement absolutely right, and pursue it as a pivotal part of your sourcing strategy.